Today, 19th January 2017, is the 60th anniversary of GTV9‘s opening night in Melbourne, Australia. To mark the occasion here is the first in a series of interviews given by Terry Gallacher about his time in Australia during the early days of Australian Television.

In April 2011 I recorded an interview with my father, Terry Gallacher, for the National Film and Sound Archive of Australia’s Oral History program, it was meant as a record of his career and experiences in Australia, covering looking for work since his arrival in Melbourne in 1956 and including his time at GTV9 as Senior Film Editor and later at ABV2 as Supervising Film Editor. 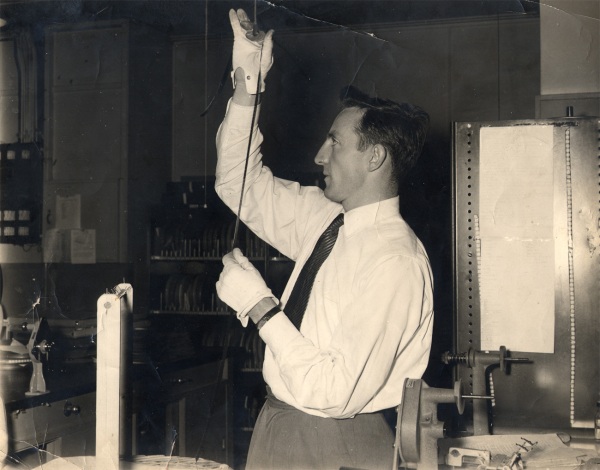 The first episode recalls Terry’s attempts to find work after arriving from the RMS Strathaird from the UK, before joining GTV9 (Channel Nine) on New Years Eve 1956 and the preparations and events of GTV9’s opening night soon after on the 19th January 1957.

Here are articles related to this podcast:

In the next episode, Terry will be talking about a typical working day at GTV9 in 1957.

You can also listen to Terry’s series of podcasts about his career with British Movietone News, “The Movietone Years“.

© Terence Gallacher and terencegallacher.com, 2017.  Unauthorised use and/or duplication of this material without express and written permission from this blog’s author and/or owner is strictly prohibited. Excerpts and links may be used, provided that full and clear credit is given to Terence Gallacher and terencegallacher.com with appropriate and specific direction to the original content.